Variables in a P2P scene are managed by players. The server is only a relay between clients.

Create a component Wonderland/SimpleNet/Server and configure it. 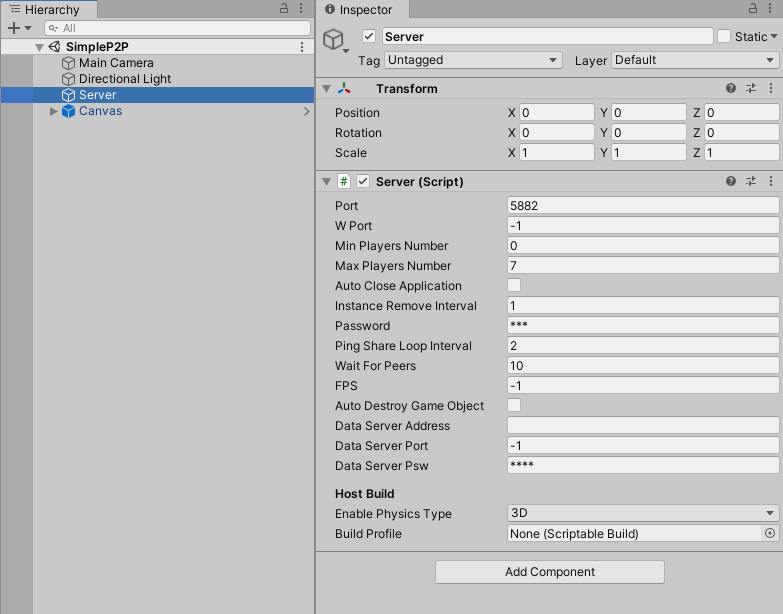 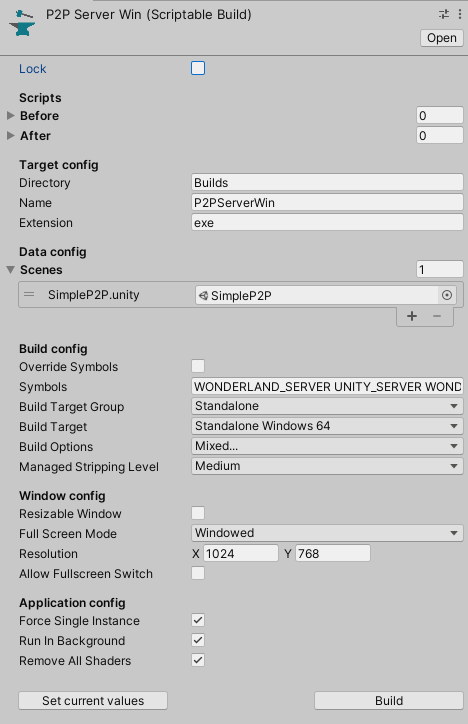 A Host scene is hosted on server, with a physic simulation.

Game/Scene type recommanded: If the servers cost is not a problem, your game is competitive or you need less latency.

In place of the Server scene, set all Hosted scenes. 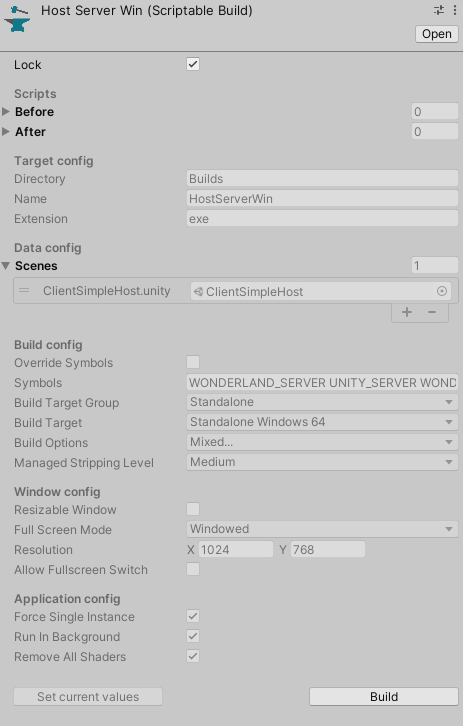 In the Server component, set this Build profile. 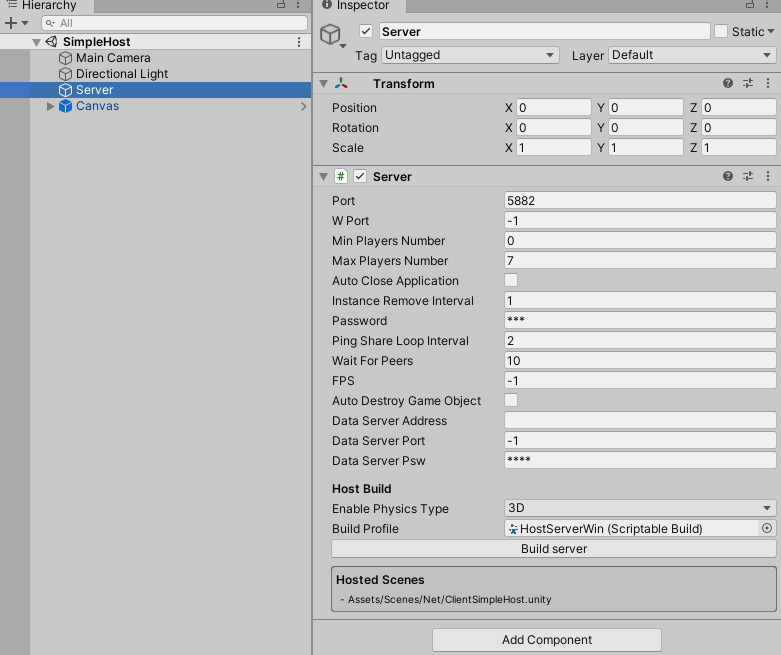 After, you can create a Buildable Host file to build this scene without opening it.

The buildable host can be added in a Build Profile List

It is used to connect the client to a server, it can be added in all your client scene (it is automatically removed if it already exists).

It manages GameObjects and scene instance. 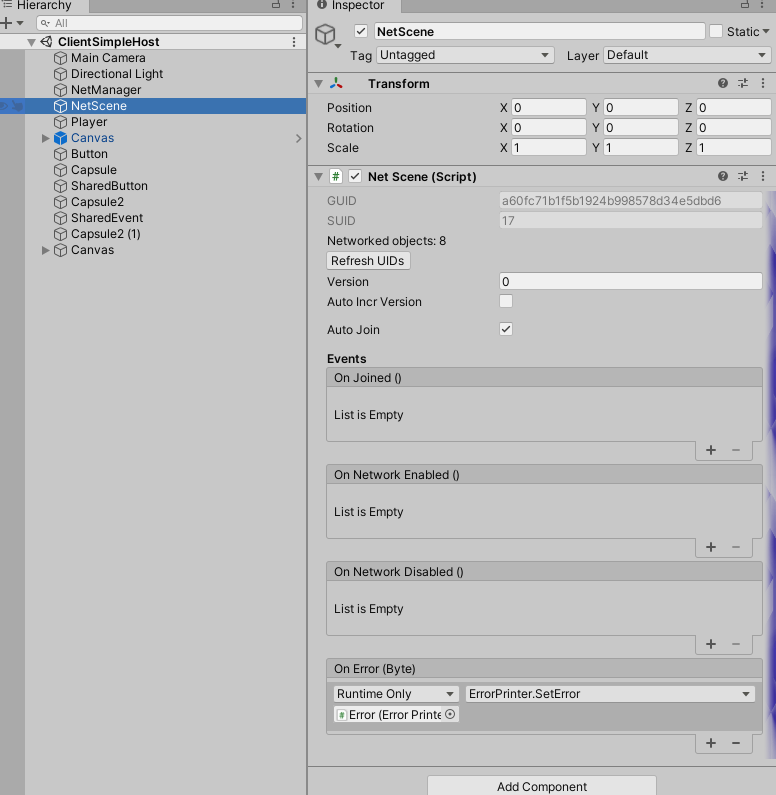 In a scene, each GameObject is assiotiated to a connected client. When many players join a scene, all GameObjects are distributed to them and redistributed if a player joins or leaves.

To share a GameObject, append a NetworkedObject behaviour to it. You can share variables, events or spawners in your own behaviours after that.

Variables in your script work offline, online, in P2P or Host in the same way.